We had a couple of sunny Autumn days lately, and I determined to get out into the garden.  The profusion of spent borage, exuberant pot marjoram and ancient alchemilla were bugging me.  It needs tidying up, I decided. So out I went, secateurs in hand.

The garden greeted me with a sunny smile and a happy hum of activity.  I was distracted by this:

The bumble bees were rattling around noisily inside the late foxgloves.  OK, I thought, so the beds can’t be tidied up yet.  I proceeded to the front border, determined to cut down the alchemilla before it seeded itself everywhere.  I was stopped in my tracks by this: 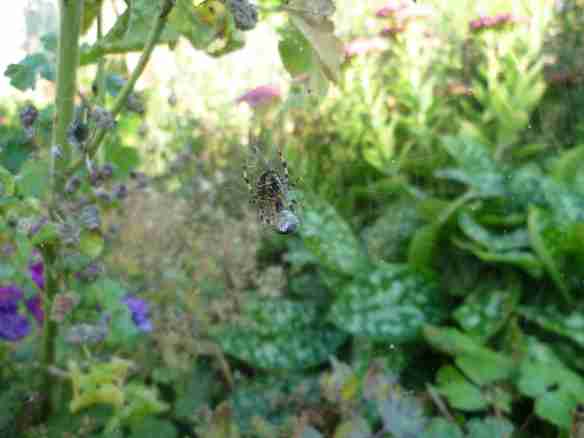 A garden spider preserving something for her larder by wrapping it in silk.  Her web was strung across the alchemilla.  Naturally I couldn’t disturb her.  Next to her was one of my favourite insects, the dapper shield bug:

Clearly leaving the front border alone for a while had enabled the insects to move in and organise the infrastructure that they require.  It would be rude to interrupt.  So – that left the borage.  Surely I could tidy up the borage by now? 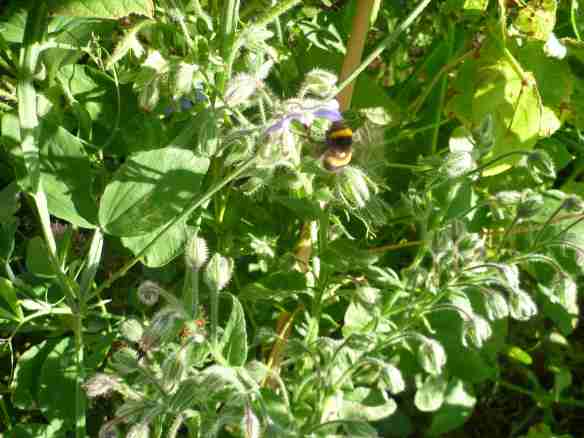 Bug*** off!  said the bees.  I want those last flowers.  So I gave in.  I am slowly redefining ‘gardening’ as being with the garden, rather than interfering with it.  And it rewards me. 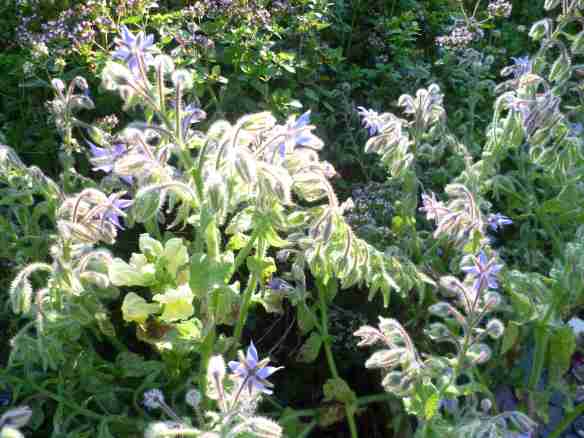 1 thought on “Bugging me”